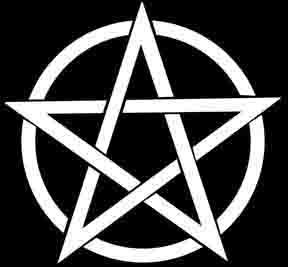 This world-famous Intuitive Tarot reader debuts on the music path with his brand new single “The Runaway“, an alt-rock track created after P L U TO B E A N went from homelessness to world recognition on Youtube.

Covid did a great deal of damage to everybody, today’s debuting artist, P L U TO B E A N was not the exception. After losing his business and house due to the pandemic, the artist was forced to live in his car with his dog, driving from state to state looking for carpentry jobs only to get by.

With strong faith and guidance from God, P L U TO B E A N managed to create a brand new, successful business on YouTube based on self-help, tarot and spirituality. Now, after close to a million views on his channel and 1000 plus subscribers per week, the artist wants to help those who are facing a lack of faith and finding the strength to fight another day.

The song reminds us of 90’s alternative rock bands like Filter or Smashing Pumpkins. Its high-gained guitars pierce through the mix with rage and energy, while the heavy drums and driving bass connect everything in place, setting the foundation for the high-reaching vocals.

The message of the song is to keep going, never lose hope, just like P L U TO B E A N did. As he puts it: “Hitting rock bottom is your one-way ticket to the top”. So go ahead and hit that play button to see if you can find inspiration in Pluto’s moving story of achievement.

P L U TO B E A N has written an entire record, which is being finished off at the moment and two more singles are being released later on in March 2022.


P L U T O B E A N debuted on the alternative scene with the single 'The Runaway'. His song is a reflection of his condition during the pandemic, as he had a difficult homeless experience during the time while living with his dog in his car.


(Translated from Portuguese)
Opening today's discoveries, he is an artist from Joshua Tree, United States and who debuts here with 'The Runaway', a track released on streaming platforms a little over a month ago, but which delivers the rock 'n rol…

Alternative rock is at its peak, showing that it still has a long way to go and a lot to yield. So each step is being built and many artists appear to giv…